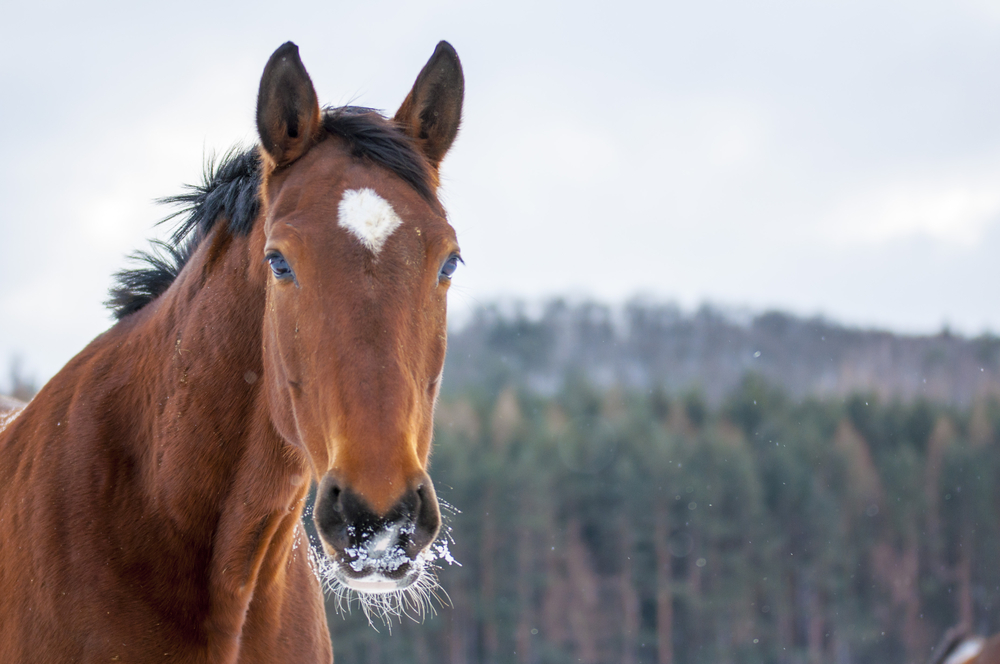 Germany happens to be where many of the popular horse breeds originated from. It’s famous for its cold bloods and warmbloods alike, as well as its fair share of ponies. As they have evolved, their duties may have evolved and changed with them, but they have the same spirit.

Here are a list of the 16 German Horse Breeds we will take a look at:

We will guide you as we take a look at some of Germany’s most majestic equines. They are all such beautiful creatures that they deserve recognition and appreciation for their intelligence, spirit, and beauty. Let’s get started. 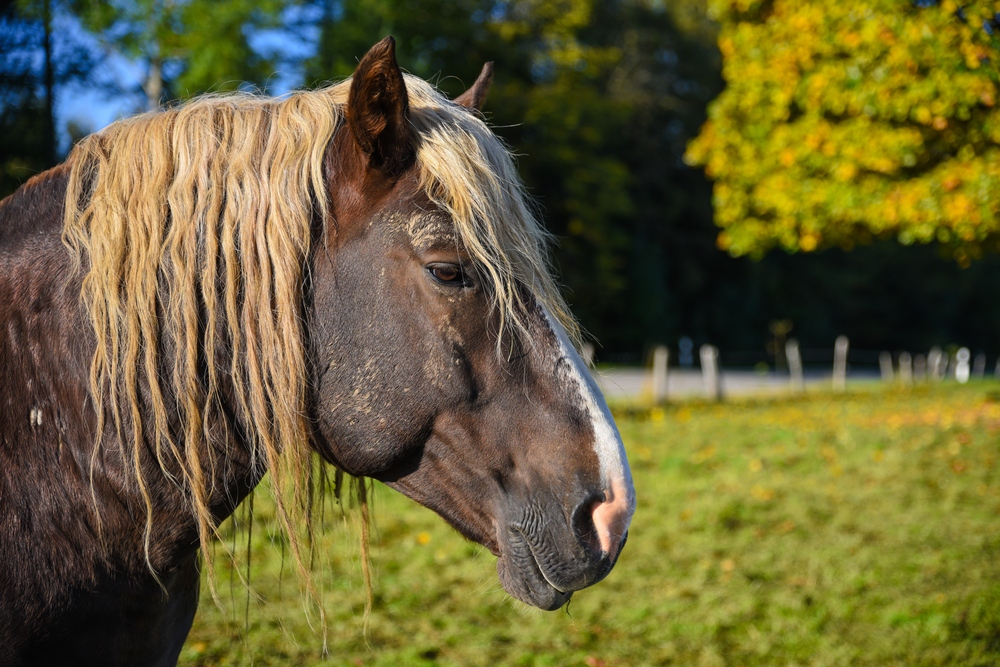 The South German Coldblood horse breed is closely related to the Noriker horse breed in terms of genetics. The most frequent of the four primary German draughts are these draft horses.

Though they were once employed to transport loads and artillery in mountainous terrain, they are now mostly seen at fairs and parades, with some agricultural work thrown in for good measure. These horses have been utilized in Germany to improve and create other horse breeds. 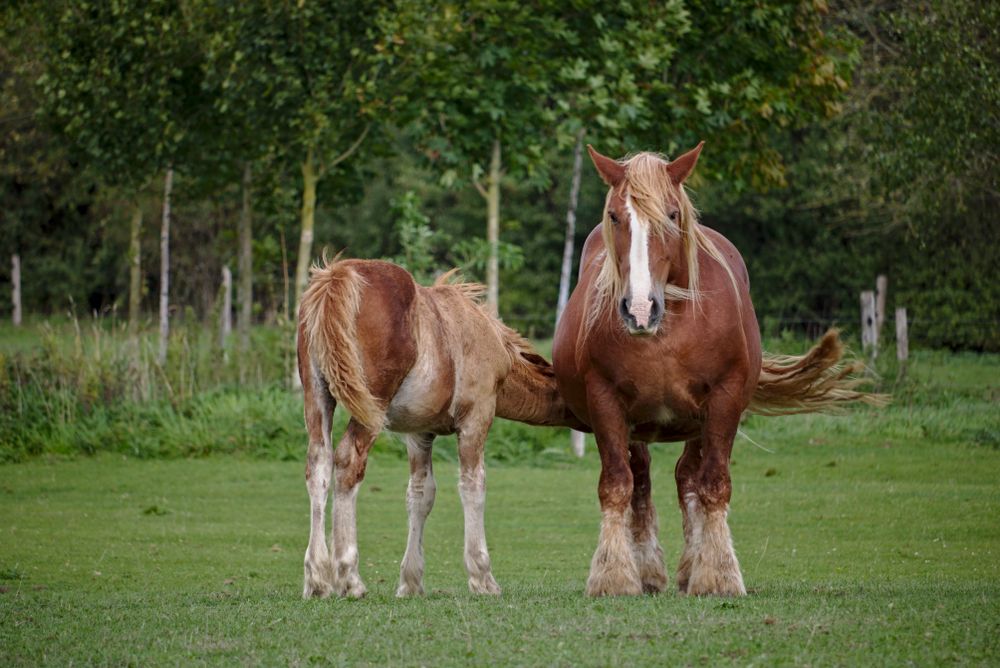 Although not confirmed, the Schleswiger Heavy Draft’s forebears labored in agriculture, tilling and pulling crops, and were most likely descended from huge Middle Age battle horses. 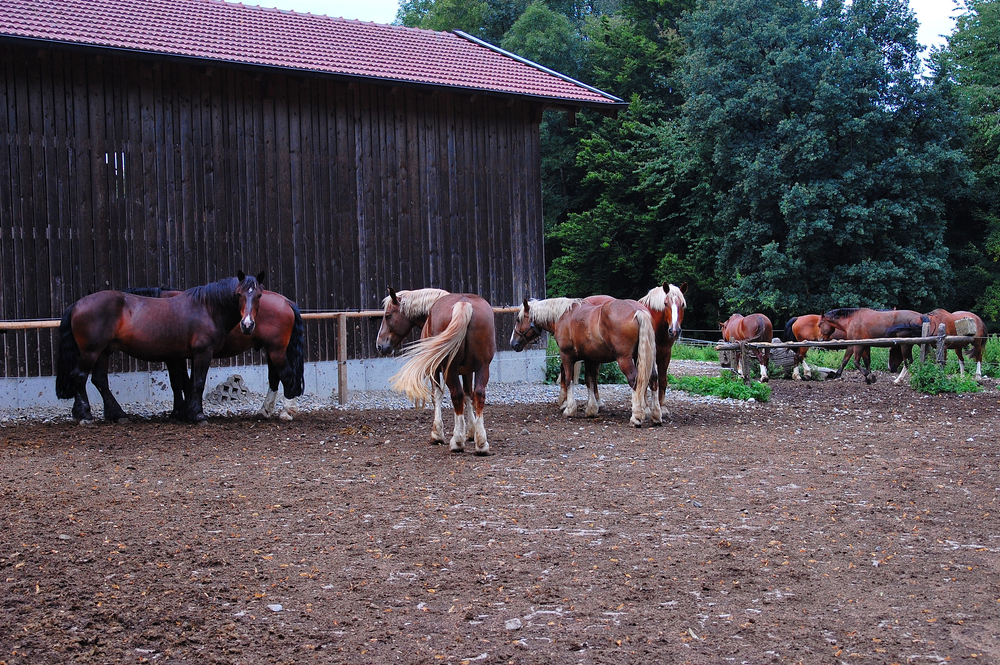 The Rhenish German Coldblood is a hefty workhorse from west Germany’s Rhineland territory. They were primarily bred at the Prussian state stud at Schloss Wickrath in Wickrathberg, now part of Mönchengladbach in North Rhine-Westphalia, in the second half of the nineteenth century.

The South German Coldblood Horse is a descendant of the Austrian Noriker equine that have been imported to Bavaria in South Germany at the end of the nineteenth century. Both varieties are treated as a single sub-breed, despite the fact that Norikers are taller.

Upper Bavarian horse breeders began combining the bloodlines of the Oldenburg and Holstein breeds in their stock in order to develop a distinct breed with its own brand. 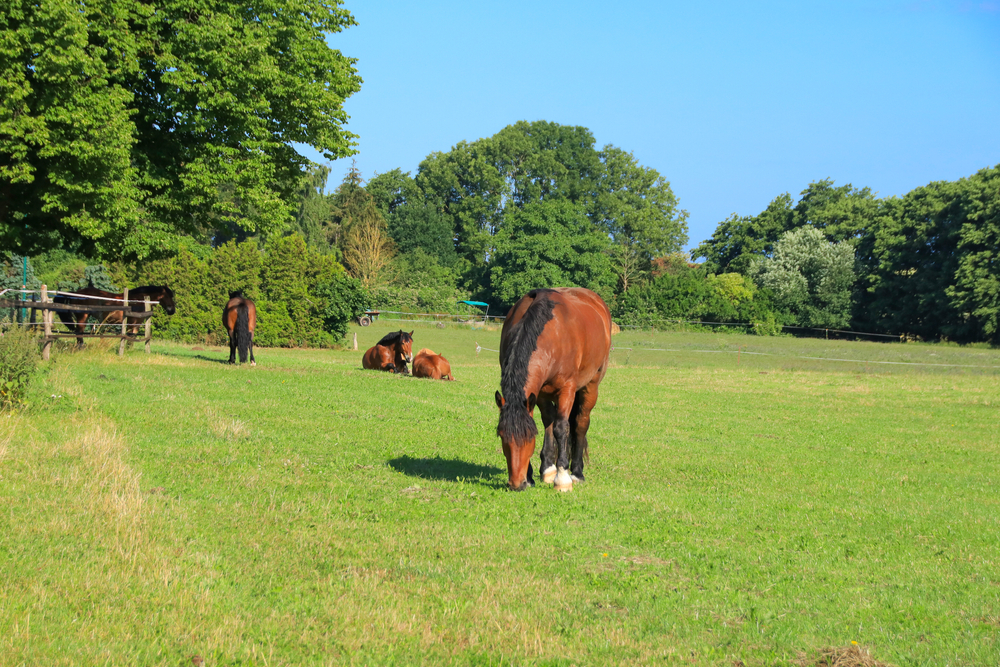 The House of Mecklenburg ruled the northeast German area of Mecklenburg-Vorpommern in the 16th century, and within this territory, a distinct breed of the horse began to emerge.

It wasn’t a draught horse, a Thoroughbred, or an Arabian; it was a versatile steed that could be used as a carriage horse, plough horse, ordinary saddle horse, or cavalry mount.

Unsurprisingly, the breed was called after its home country, and the Mecklenburger went on to become well-known. But it had to go through a few changes beforehand. 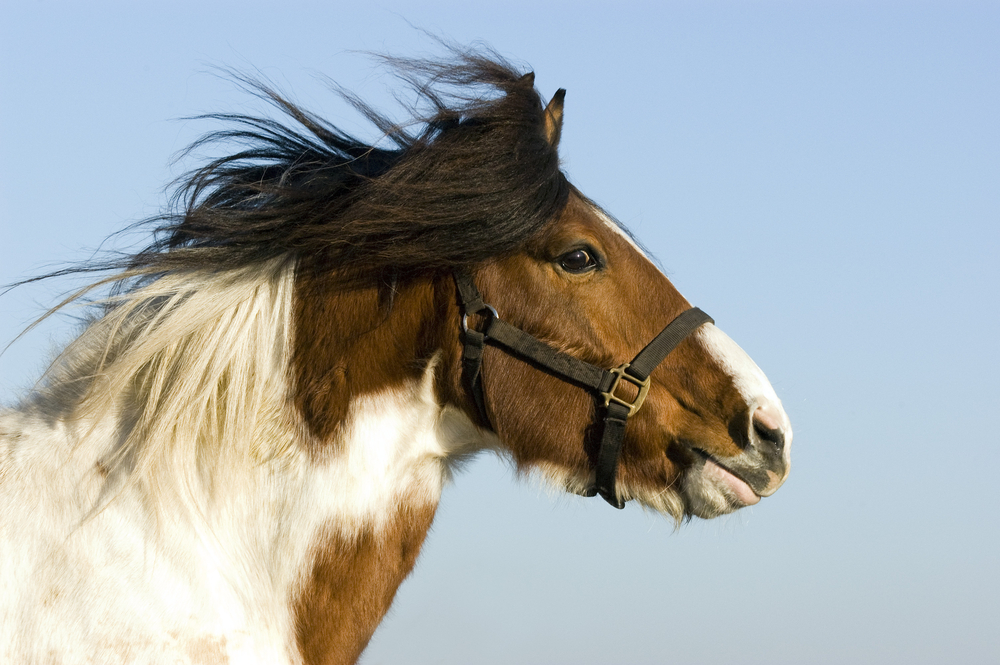 The Lewitzer Pony, sometimes known as the Lewitz, is a relatively new breed that was produced in the late twentieth century.

In 1976, various pony breeds, including Shetland and Fjord, were crossed with Arabian, Trakehner, and Thoroughbred animals. The idea was to create a high-quality pony for youngsters to ride.

The Hanoverian Horse, often known as the German Warmblood Horse, is a muscular and robust breed of German warmblood horses.

Their agile movements are defined by a ground-covering walk, a rhythmic canter, and a floating trot, and their noble and attractive horses have a correctly proportioned body. Because they are light and agile, they frequently compete in equestrian events such as English dressage and mounted athletics.

To increase the quality of local stock, the mares were mated with Thoroughbred, Cleveland Bay, Holsteiner, Andalusian, Neapolitan, Mecklenburg, and Prussian horses. The Hanoverians were founded on this foundation.

This breed rose to prominence as an excellent coach horse in the late 1800s. A law passed in 1844 made it illegal to utilize stallions that the commission had not approved as breeding stock. 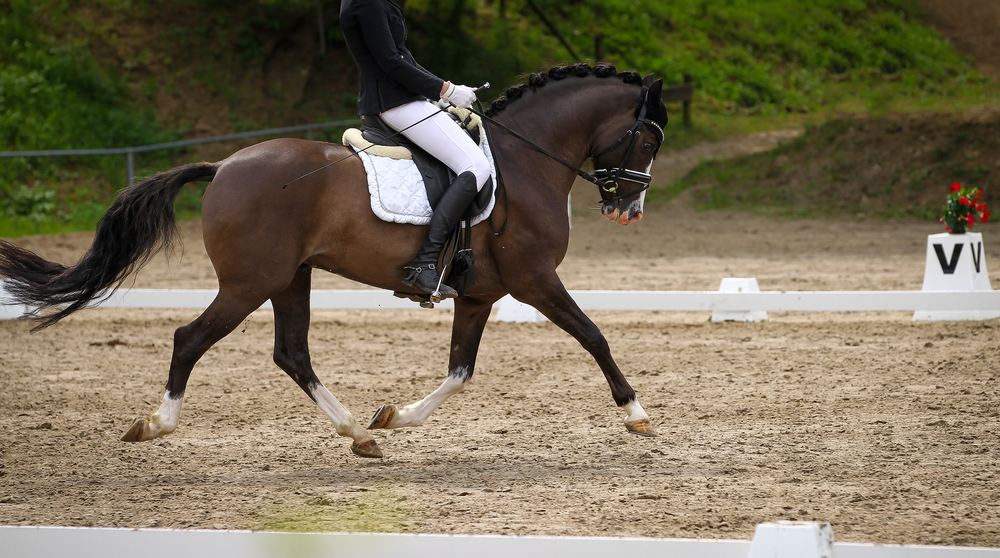 The German Riding Pony is a crossbreed that was developed in Germany and is immensely popular there. These horses exhibit more horse-like characteristics, excel in riding and sports horse contests, and are classified as distinct.

This breed was created in response to a demand for a larger pony with horse-like features that would be ideal for youngsters and capable of competing as a riding pony. 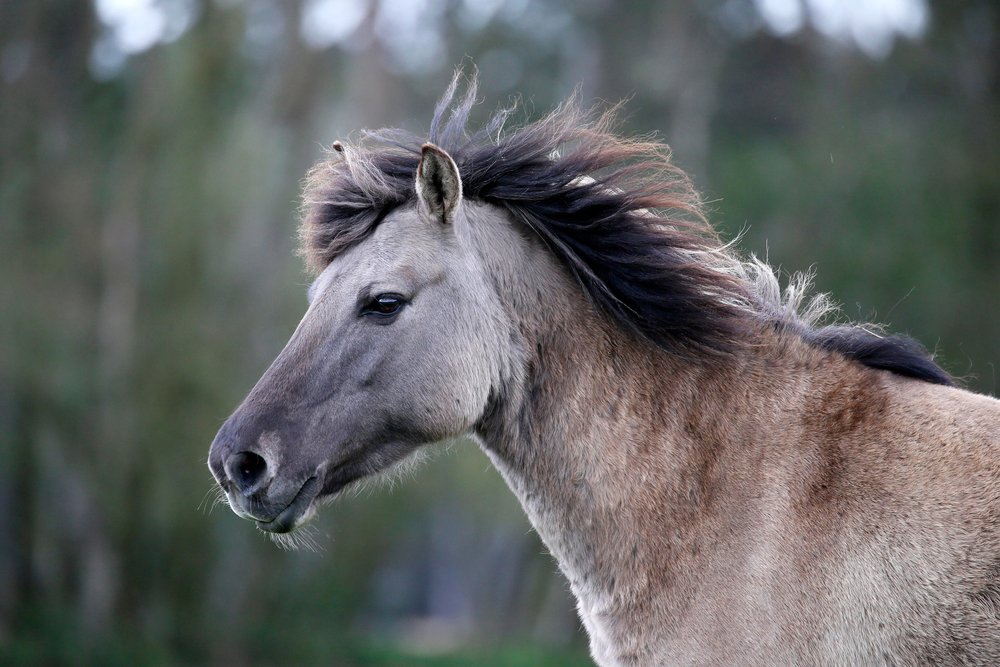 The Dulmen Pony is a rare horse breed in Germany, and it is possible that it is the country’s sole native pony breed. They are also known as Duelmener wild horses, but they are not truly “wild” as some zoologists believe due to the signs of domestication apparent on them. Their sensitive nature allows them to adjust to domesticated life quickly.

A unique wild horse population has survived in Germany for only a few decades. However, due to a terrible blunder, the Dülmen pony will never be seen again in its original form.

In Germany, the Dülmen pony was the only wild horse population that survived until the turn of the twentieth century. In 1316, the animals of the Merfleder Bruch area were first mentioned.

The Merfeld wild horse, historically known as the Dülmen pony, was not Germany’s only wild population. Other populations have been discovered in Emscherbruch, the Duisburg Forest, and Davert. Compared to Merfelder Bruch, these regions were larger and less wet. 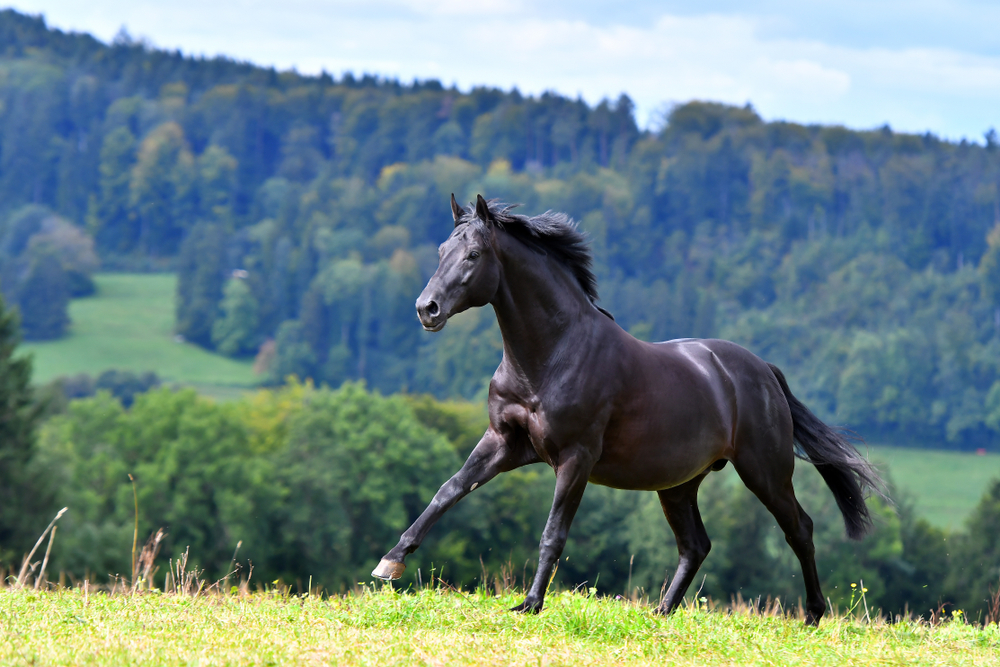 The Black Forest Horse is distinguished by a dense mane that drapes down and covers both sides of the horse’s neck. These draft horses have tremendous strength, patience, and a sweet disposition.

Though most draft horse breeds are primarily used for driving, they can also be utilized for recreational purposes such as riding, packing, and so on. They are appropriate for inexperienced or first-time owners. 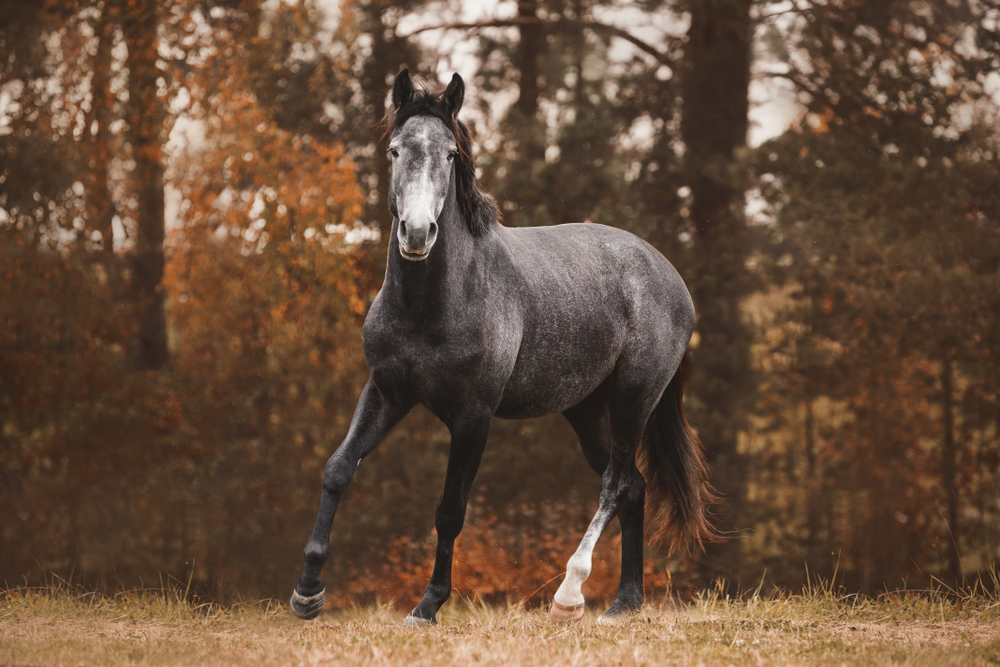 The Trakehner Thoroughbred is recognized for its athleticism and ability to succeed in dressage and show jumping. The Trakehner is a horse that is appropriate for a wide range of riders because, in addition to being a very athletic breed, it is also extremely level-headed and has an amiable personality.

Many Trakehners go on to become schoolmasters after a successful competitive career, assisting younger, less experienced riders in their pursuit of knowledge. 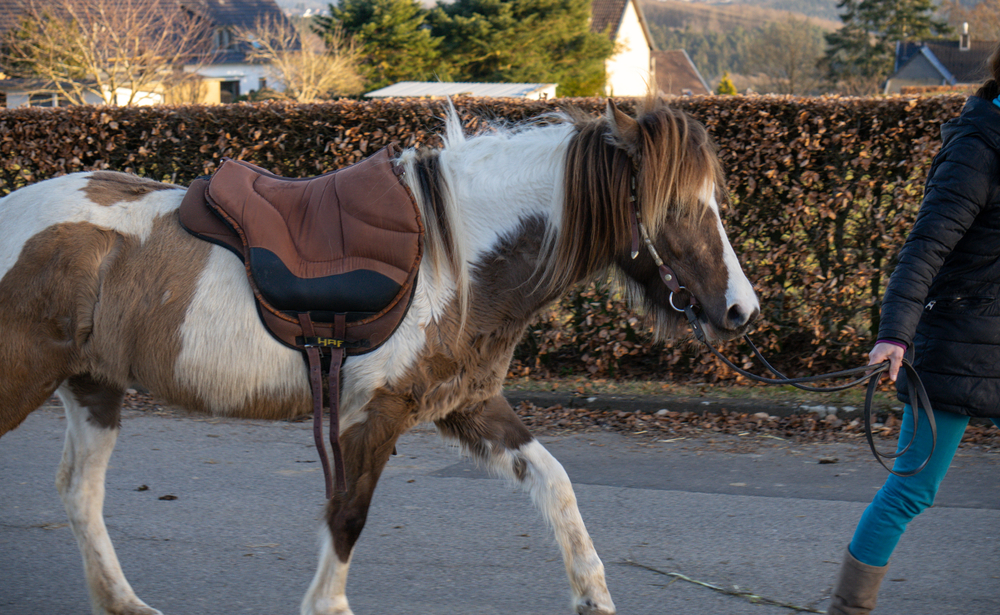 The Aegidienberger is a German gaited horse breed that was developed in the late twentieth century. Because it is a crossbreed, the breed possesses the best qualities of both parent breeds: the Icelandic Horse’s ability and flexibility, as well as the Peruvian Paso’s size and refinement. The ‘tolt’ gait of Aegidienberger horses is well-known, and they are believed to have a ‘flawless nature.’

The demand for an animal with lofty gaits and the ability to adapt to the severe natural circumstances of the land prompted the development of this unique horse. 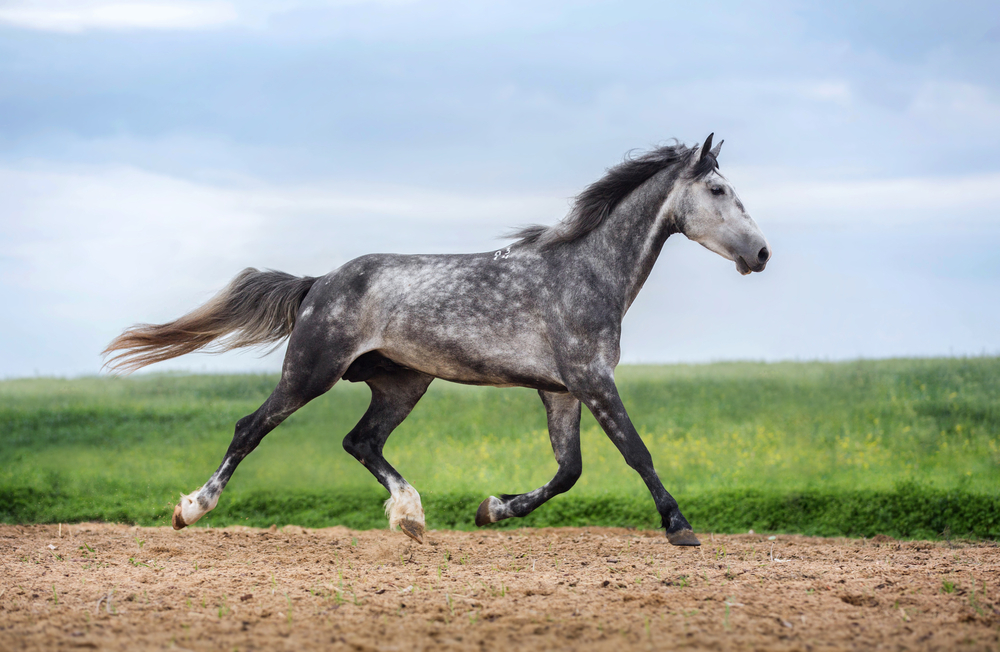 In the 1800s, when trotting events became more prominent, the German Trotter was developed in a northwestern German region.

The breed initially resembled the Old Norman breed on which it was based, but more Thoroughbred blood was introduced over time, and French Trotters today have a polished form. 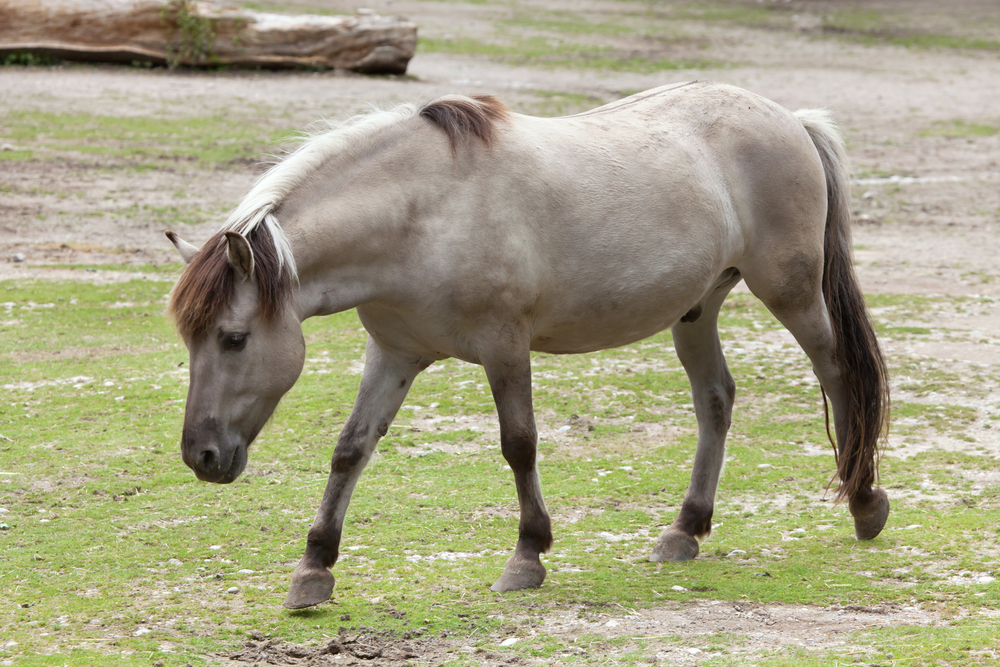 The Heck Horse is a miniature horse breed that was created to look like and have some of the characteristics of the extinct Tarpan horse (Equus ferus).

With their delicate demeanor, these horses are capable of carrying both youngsters and adults. Breeders are also crossing these horses with other breeds such as the Arabian and Welsh pony to develop larger equine species that retain the Tarpan’s primordial traits.

The Heck brothers crossed many European miniature horse and pony breeds that are thought to be Tarpan ancestors. Mares from the Swedish Gotland pony, Polish Konik, and Icelandic horses were mixed up with the wild Przewalski’s horse stallions.

The offspring from the first crosses were mated with one another. The first foal with the dun hue was born in 1933 as a result of this breeding program.

The Holsteiner horse is a breed of horse that originated in the German state of Schleswig-Holstein. Because of their agility and flexibility, as well as a steady and reliable temperament, these horse breeds are one of the oldest. They are exclusively employed for a range of sports.

This breed has been bred in the Schleswig-Holstein region of Germany for over 700 years. In the monasteries of Uetersen, Germany, the monks were the first to organize the breeding of these horses.

In fact, they began breeding larger horses that would be suited for mounting during battle as well as meeting agricultural demands. By the sixteenth century, they had attained enormous popularity, which they maintained until the eighteenth century. 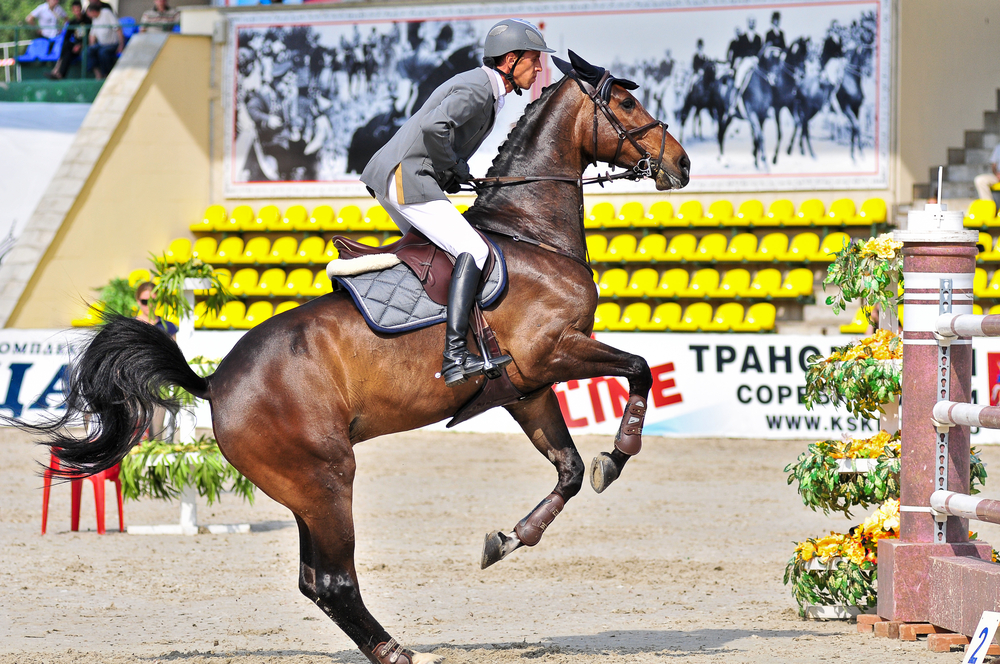 The Bavarian Warmblood horse is a breed of horse that originated in southern Germany and is well-known for its athletic talents, composure, and mobility.

The Bavarian Regional Horse Breeders’ Society initially produced the horse to generate a riding horse that would be particularly good for several Olympic sports and recreational riding. 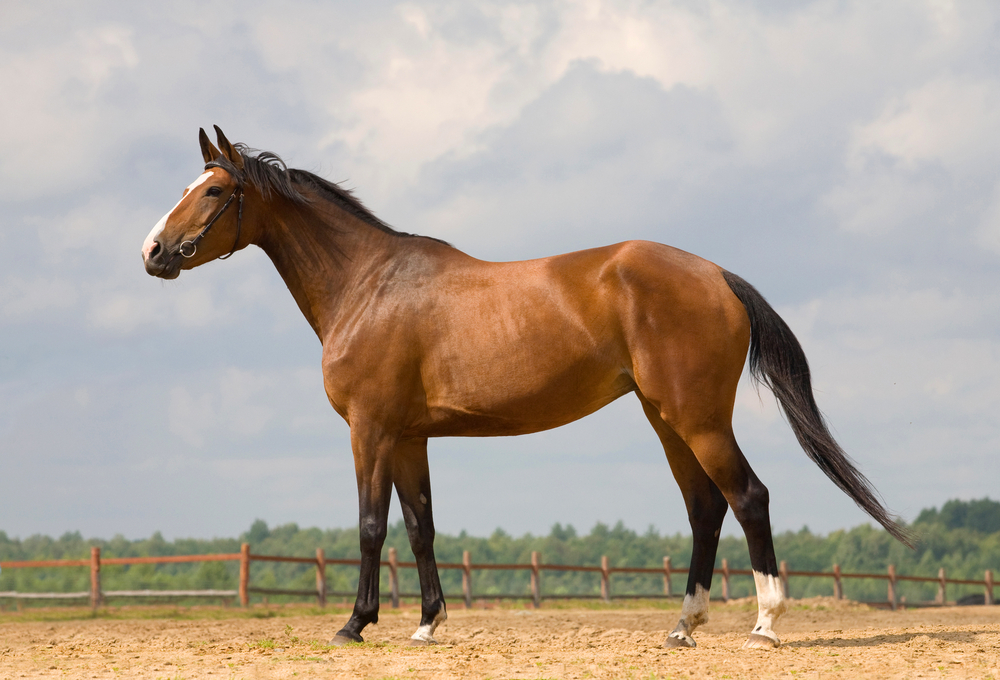 The Westphalian horse is a robust and athletic breed that originated in Germany. They are noted for their versatility as a working horse as well as a sports horse capable of competing at the Olympic level.

Agriculture was the principal occupation of the rustics and rural people in Germany during the early nineteenth century, and their work and transportation were mostly dependent on working horses.

With the gradual increase in population and the resulting expansion of the agricultural business, the demand for a flexible and healthy working animal developed quickly. 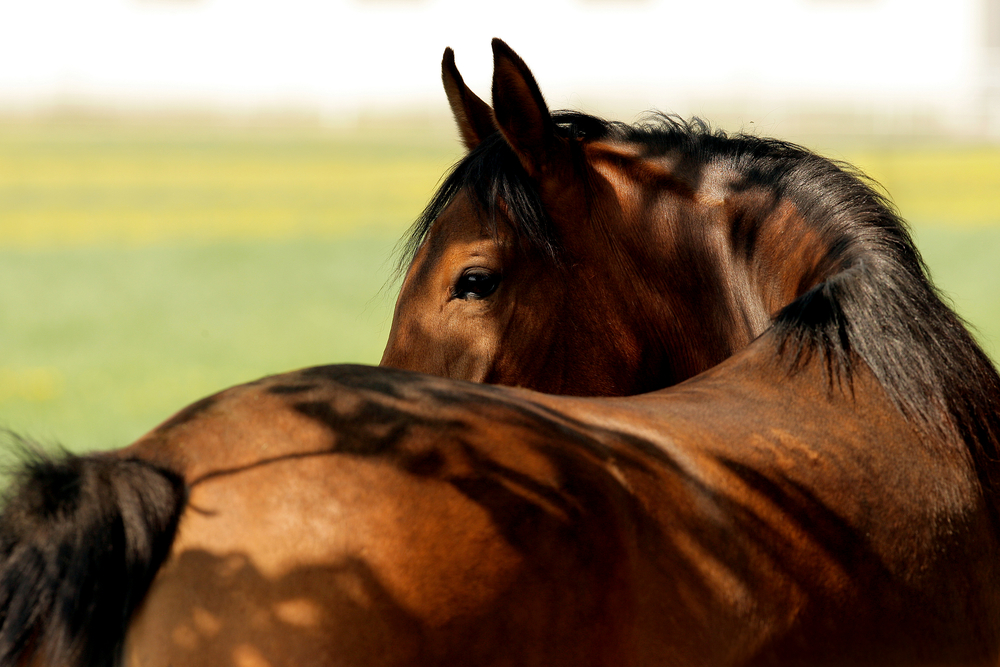 The Senne or Senner Horse is descended from indigenous warmblood animals (now extinct) who were crossed with Arabians, Thoroughbreds, and Spanish horses in the heathlands of Senne, Germany.

This is an ancient breed that is estimated to have originated around the end of the 12th century and has been substantially shaped by natural selection over time. Until the local studs were shuttered and the horses sold to private breeders around the turn of the century.

Coming full circle, Senne breeding has returned to the hands of the locals who adore them, despite their dwindling numbers today.