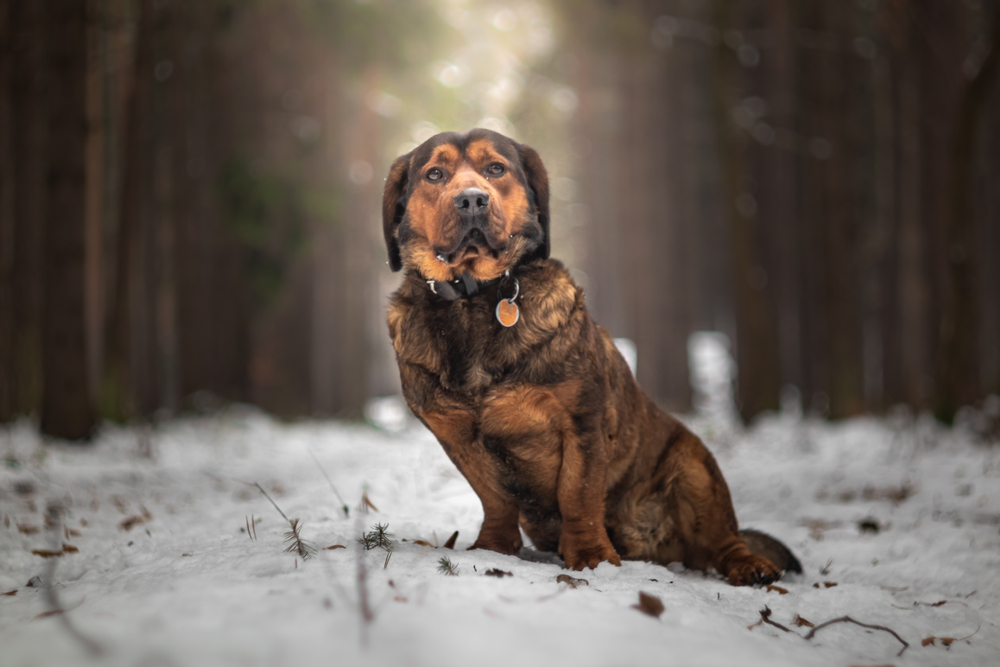 Austria has a long history of developing and breeding prized dogs known for their intelligence, athleticism, and hunting ability. Every day people and royalty commonly used Austrian dog breeds throughout Europe. Today, dogs that were originally bred to hunt are still used as companions in the field. Others, however, have adapted to life as a loving and loyal family pet.

While only a handful of genuinely Austrian breeds exist, all of the dogs are uniquely special and different, bred for their highly desirable traits. Below, let’s take a closer look at five Austrian dog breeds to learn more about these dogs with a rich history. 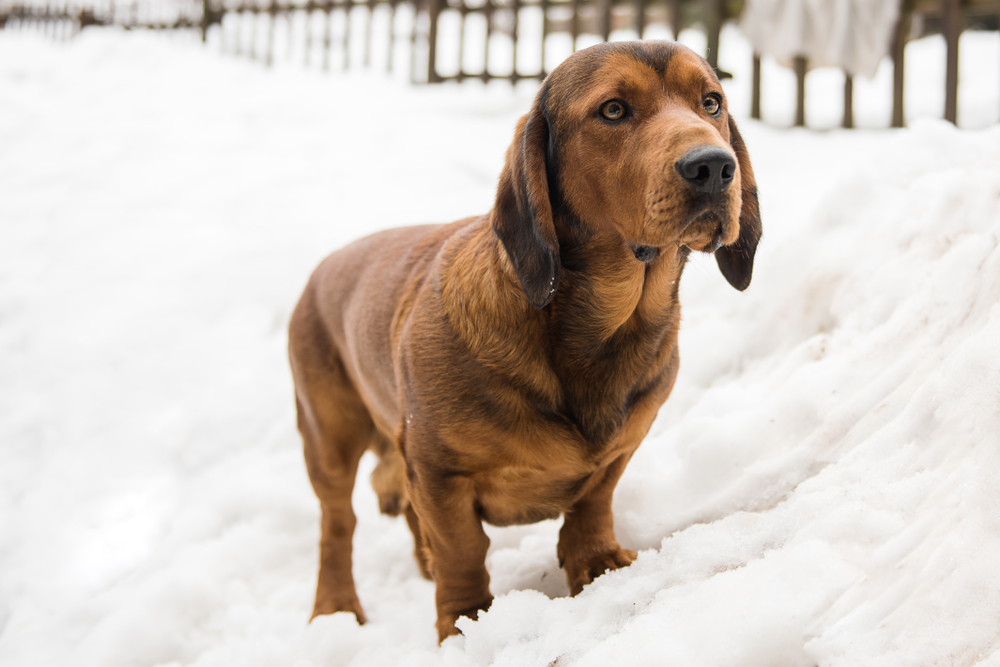 Developed primarily in the 19th century, the Alpine Dachsbracke was once considered a dog of the German royalty, although it was bred and used primarily in Austria.

The Alpine Dachsbracke was bred as a hunting dog and is terrific at tracking and hunting wild deer, hare, boar, and fox. Designated as a scent hound, the United Kennel Club is the only Western organization to recognize this dog breed.

The Alpine Dachsbracke is small, only about 40 pounds, and has a long, silky coat, usually red or black in color. This dog breed is typically compared to a Dachshund because they have a similar, albeit bigger, appearance.

This dog breed should be solid and sturdy, with a robust body able to withstand the high terrain throughout Austria. The Alpine Dachsbracke is very long-lived, and many dogs live to be 12 or older.

Intelligent and friendly, the Alpine Dachsbracke is most commonly kept by hunters seeking companionship and assistance. This dog is highly intelligent, extremely motivated, and eager to please.

Usually, the Alpine Dachsbracke is easy to train because it only wants to please its owners. The dog does well with people of all ages and is generally quite happy to share a home with other cats and dogs. Small rodents may not fare well in a house with this dog because the Alpine Dachsbracke can have a strong prey drive. 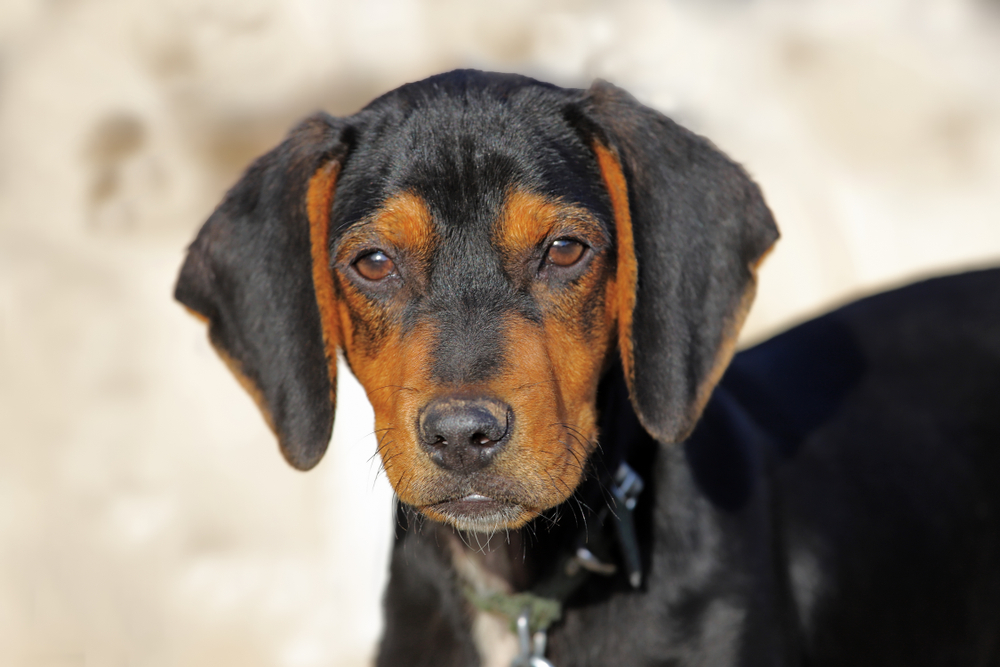 Strong and athletic, the Austrian Black and Tan Hound likely has lived in Austria for years, yet the first mention of this dog breed doesn’t appear until late in the 19th century. This dog is commonly used as a hunting companion and can easily track a wounded animal, primarily a hare.

The Austrian Black and Tan Hound is solid and durable, able to resist the colder temperatures and rough terrain found at high altitudes throughout Austria.

The Austrian Black and Tan Hound is a large breed dog, with adults usually measuring between 20 and 22 inches at the shoulder and weighing up to 50 pounds. The dog is tall yet lean and athletic looking. It has a shorthaired coat with distinctive color markings.

The dog is predominantly black, with tan markings around the feet, legs, and mouth. Usually, the Austrian Black and Tan Hound will have light markings over the eyes, highlighting the dog’s “eyebrows.”

Although hunters commonly use this dog as a loyal companion, the Austrian Black and Tan Hound makes a perfect family pet. The dog is happy-go-lucky with a great attitude and loving nature. However, this dog needs regular exercise and is not well suited for city life.

The Austrian Black and Tan Hound will need plenty of long walks and opportunities to explore the outdoors. If left unexercised, this dog can quickly develop nuisance behaviors such as barking, digging, or howling. 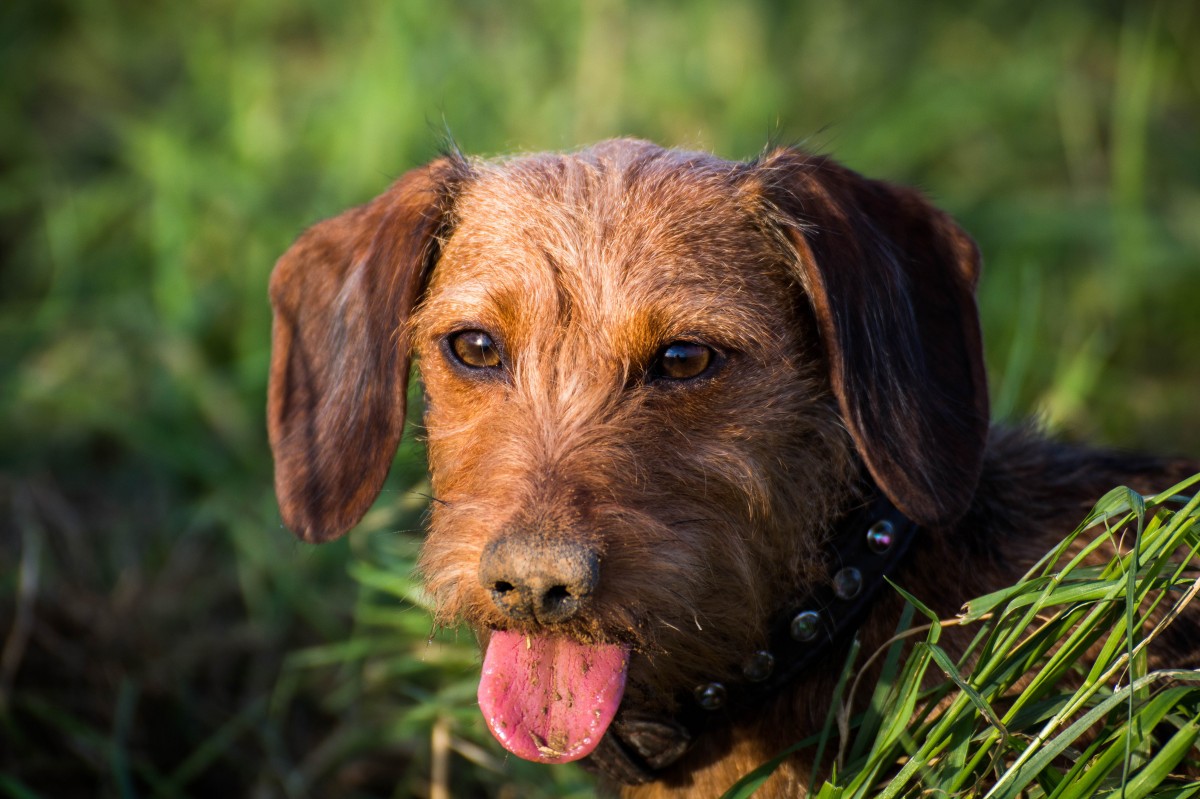 Karl Peintinger created the Styrian Coarse-haired Hound in 1870. Combining a Hanoverian scent hound with an Istrian Hound, Peintinger created a rough-coat dog that was intelligent, athletic, and hardy. The dog was bred to help hunt wild boar, and its durable coat made it exceptionally well suited to track through high altitudes and rough terrain throughout Austria.

Today, many Austrians and Slovenians still use the Styrian Coarse-haired Hound as a trusted hunting companion.

Although the dog is strong and durable, it is not an exceptionally large dog. Most Styrian Coarse-haired Hounds weigh under 40 pounds and measure just 21 inches at the shoulder. This dog is known for its coarse hair, which can be fawn or red, sometimes with a white mark on the chest. This dog is strong, sturdy, and muscular and is comfortable in a range of temperatures.

While the Styrian Coarse-haired Hound is a handsome and intelligent dog, it is almost always used as a hunting companion and rarely kept as a pet. This dog has an extremely strong will and can be unruly and difficult to train, especially when kept in a house. 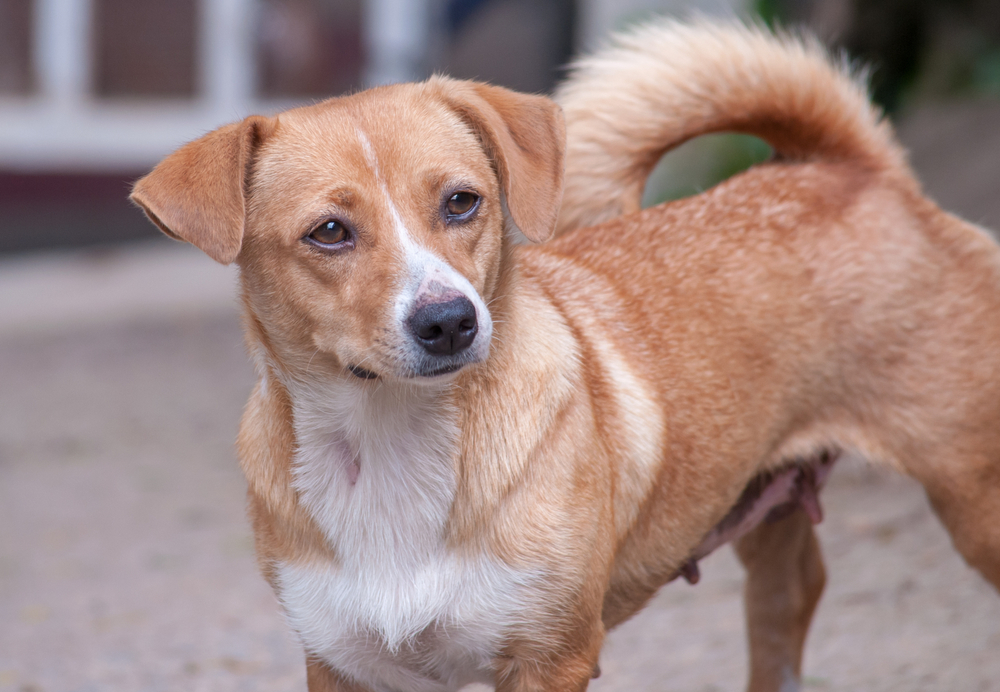 At the end of the 19th century, farming declined throughout Austria. Although farm dogs similar to the Austrian Pinscher had always been popular with farmers, they started to go out of favor with declining farm populations.

This dog is a medium-sized dog, reaching about 20 inches at the shoulder and weighing around 40 pounds at its maximum. There is a great deal of variation in the look of the Austrian Pinscher, but most dogs should be sturdy, strong, and athletic.

The ears are shaped like a pear, and the coat is medium-length. This dog can have red, black, yellow, or tan fur, sometimes with white markings around the feet, face, and chest.

The Austrian Pinscher is recognized throughout Austria as an official breed but only recognized by the United Kennel Club in the West. This dog is a playful and loving companion and often makes a beautiful family pet.

While the Austrian Pinscher is not well suited for city life or apartments, this dog is perfectly happy in a rural or suburban setting where it can get plenty of exercise and time outside. This dog breed does not make the best hunting companion, but it can be a tremendous and loyal guard dog. 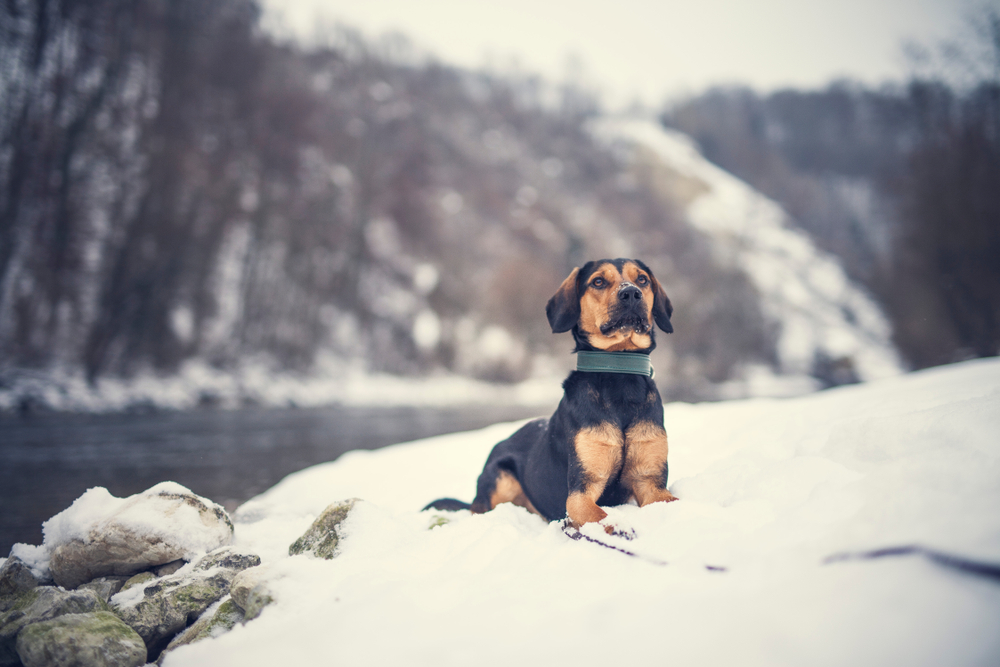 The Tyrolean Hound is not known for its imposing size but rather its extreme intelligence. This dog was developed in Austria in the 1800s as a direct descendent of the Celtic Hounds. These dogs are hardworking and athletic and are known for their endurance over long stretches through hot or cold weather.

The Tyrolean Hound is a hunter’s companion and is known to help hunt prey of any size; and is particularly good at tracking and pursuing wounded animals.

This dog is a large breed dog, reaching about 60 pounds and 24 inches at the shoulder. It has a smooth, short coat that is usually a mixture of red, black, and tan fur. The Tyrolean Hound can have patches of white mixed throughout.

This dog has long, floppy ears, a trademark of Hounds, that can be prone to ear infections if not properly cleaned and maintained. This dog breed can also develop hip dysplasia, a common condition inherent in the breed.

The Tyrolean Hound is incredibly intelligent and can quickly figure out solutions to changing situations. The dog is extremely loving and affectionate but can be free-spirited. Training can be challenging at times, but this dog can learn basic behaviors and become a suitable hunting companion with a consistent demeanor and calm approach to training.

The Tyrolean Hound can make a wonderful family pet if it gets plenty of exercise with a big yard to roam and explore.

Used for hunting or farming, many desirable traits, like strong endurance, incredible strength, and high intelligence, are still found in the Austrian dog breeds today.

Like all dogs, be sure to thoroughly research a dog breed before committing to a new family member in your home. While some dogs may make wonderful additions to the family, other Austrian dog breeds are best kept by hunters who can exercise and stimulate the dog appropriately.