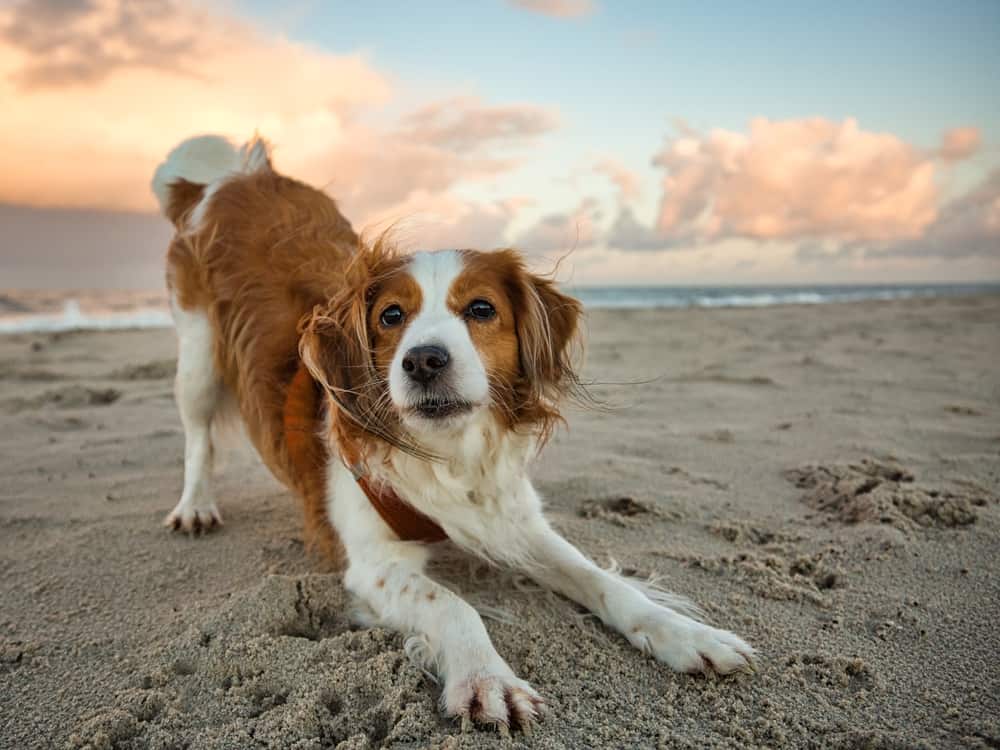 Exploring a dog’s ancestry and breeding history is an exciting and interesting endeavor, especially considering the dog’s intended use. Many dogs originated in the Netherlands, and their popularity soon took off, spreading worldwide.

Below, let’s take a look at the top 12 dogs that originated in the Netherlands to learn more about these amazingly athletic and loving pups.

Many dogs were bred for hunting, birding, or herding purposes and still retain much of this personality and drive today. 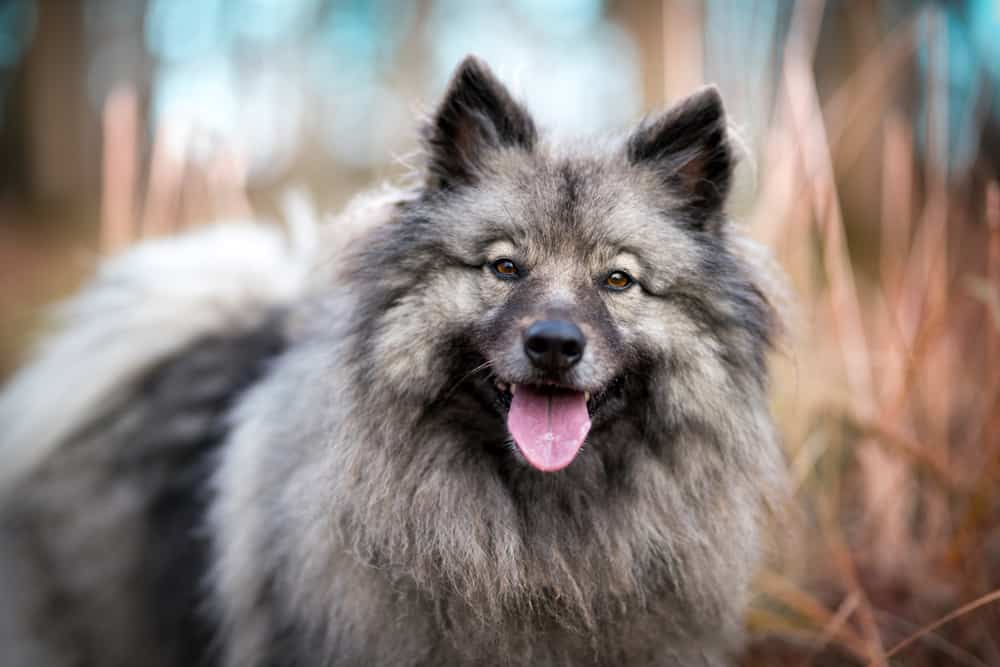 The Keeshond has a fluffy coat, fox-like face, and upturned tail, resembling other dogs from the Spitz family. Most Keeshonds will have a “mask” like pattern that makes it look like the dog is wearing spectacles. The dog has a thick, double coat and is well-suited for cold weather climates.

This dog was once a fixture on Dutch barges and today is known as a patriotic symbol of the Dutch. The Keeshond is affectionate and highly intelligent. This dog is very easy to train and can excel at obedience competitions. With a daily run or walk, the Keeshond is happy to curl up on your lap and relax for the rest of the day. 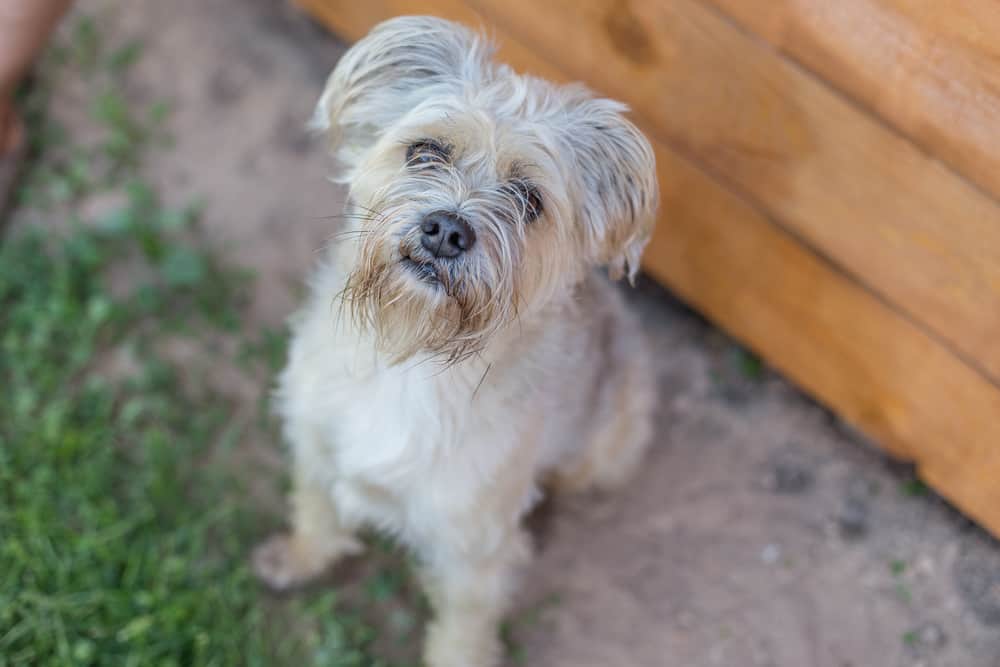 Sometimes referred to as a Dutch Ratter, this small dog rarely tops 20 pounds. The dog has yellow, shaggy fur that makes it look like the dog is sporting a shaggy beard. The small dog is closely related to the more common Pinscher or Schnauzer. As the smallest Dutch dog breed, the Dutch Smoushond is very common inside the Netherlands but seldom seen outside the country.

The dog is recognized only by the American Kennel Club as part of the Terrier group, but outside of the AKC is not a recognized dog breed. Because this dog isn’t typical in other parts of the world, most dog enthusiasts and experts consider this dog a rare dog. 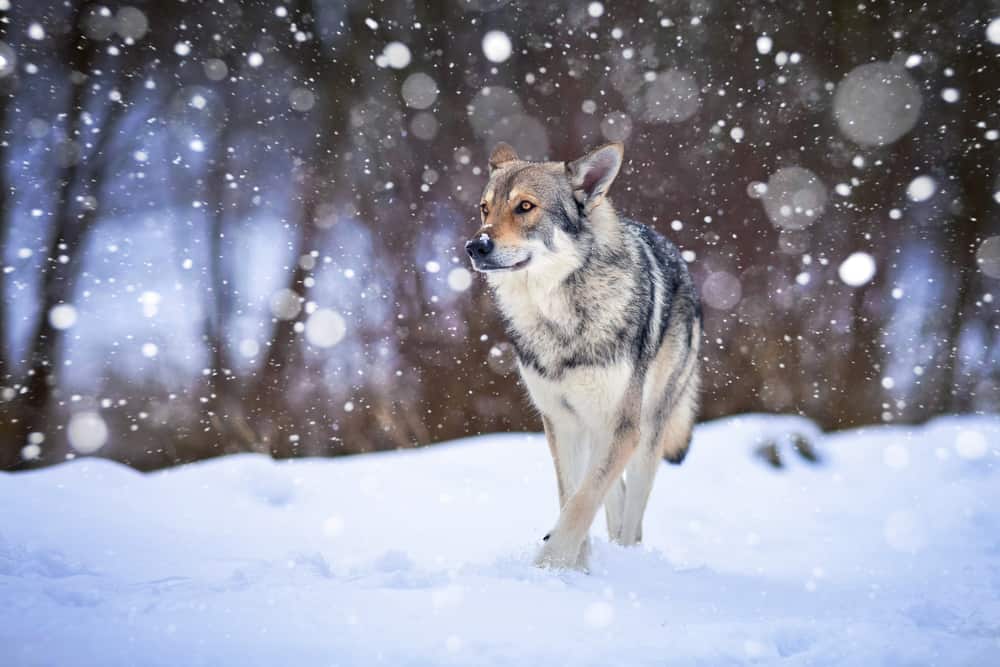 This stunning, athletic, and wild dog is the result of crossing a Eurasian Grey Wolf with a German Shepherd, resulting in the Saarloos Wolfdog. This dog is tall and athletic, with a gray and white wooly coat similar to a wild wolf. Dutch breeder, Leendert Saarloos, created this fantastic dog breed with careful and selective breeding in 1935.

The original reasoning for the crossbreeding was to create an efficient and athletic dog while still being a suitable, loving, and affectionate companion for humans. Of all the domesticated dogs, the Saarloos Wolfdog contains DNA closest to a wild Grey Wolf. 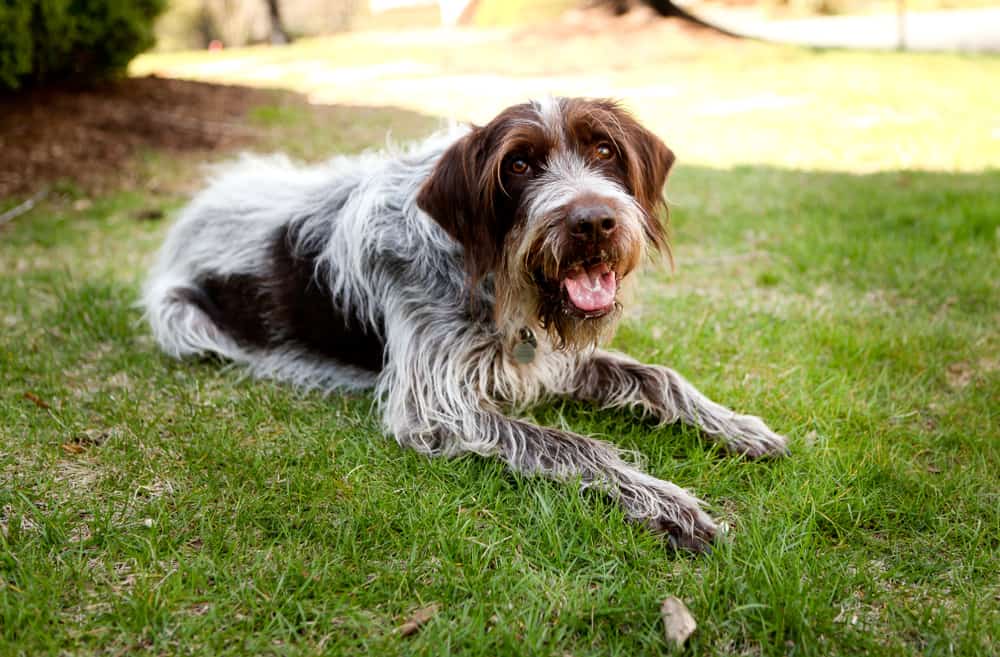 The dog has a bristly and shaggy coat, giving its name. Usually, this dog is either white and gray or chestnut and gray, although it can sometimes have a solid brown, white, chestnut coat color.

The Wirehaired Pointing Griffon is packed full of energy and needs regular exercise and mental stimulation. This dog is not well suited to live most of its life in a kennel and must have social interaction with its family. 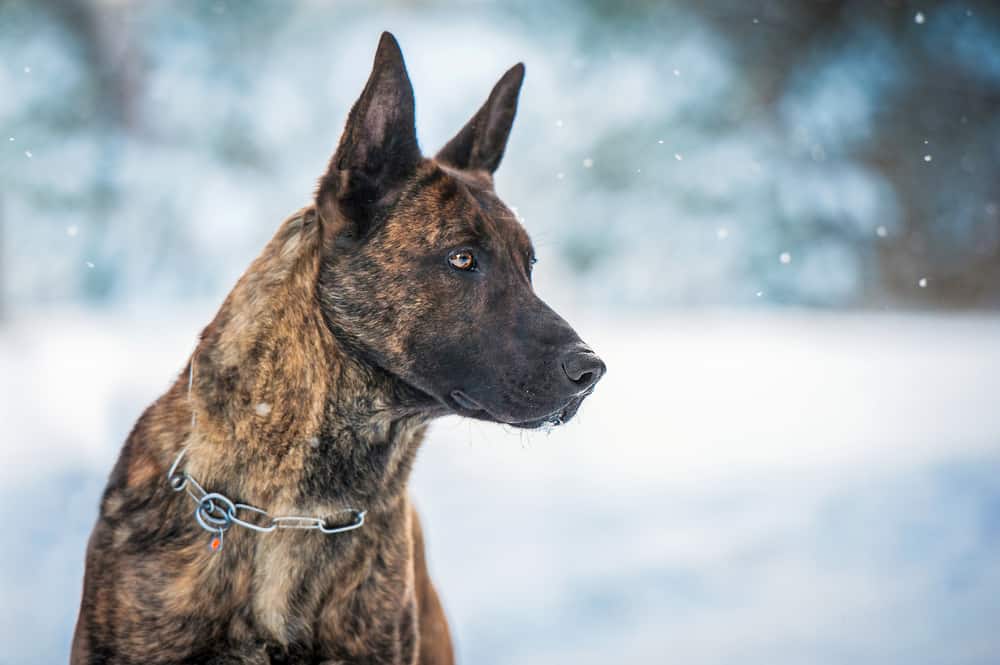 The Dutch Shepherd is a complete, all-around athletic, and loyal dog. Originating naturally in the rural areas of the Netherlands, the Dutch Shepherd was bred and developed to be a herding and working dog.

This dog excels at herding and enjoys spending long hours roaming the land protecting its herd. The dog is incredibly intelligent and can be well-adapted to work as a police, bomb, rescue, or service dog.

The Dutch Shepherd is not widely known; however, it makes a wonderful family dog. This breed of dog needs constant mental and physical stimulation so that it doesn’t adopt nuisance behaviors. The Dutch Shepherd loves to be included as part of the family and doesn’t do well when left alone for long hours. 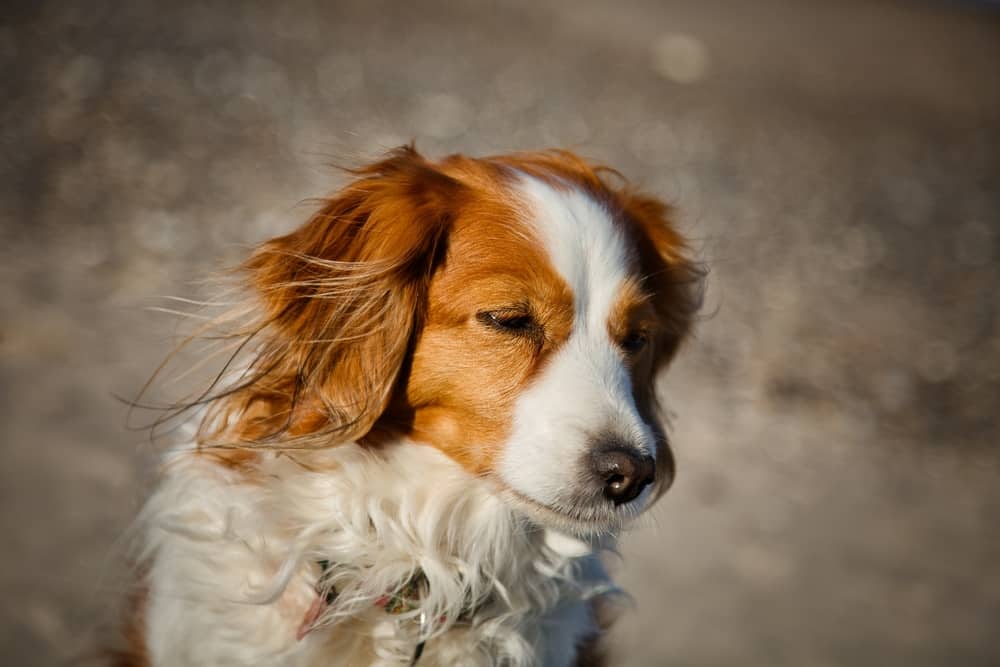 Commonly called the Dutch Spaniel, the Nederlandse Kooikerhondje is a medium-sized dog that reaches about 15 inches at the shoulder. This dog weighs around 25 pounds and is loving, active, and entertaining. The dog is easy to identify with its feathered tail and black-tipped ears. The dog is active and loves to spend time playing and running outdoors.

When not playing outside, the Dutch Spaniel is happy to spend time at home with family. This dog breed is extremely easy to train because it is both intelligent and eager to please. The dog wants to make its owner happy and learn new behaviors very quickly if it earns a positive reaction from its family. 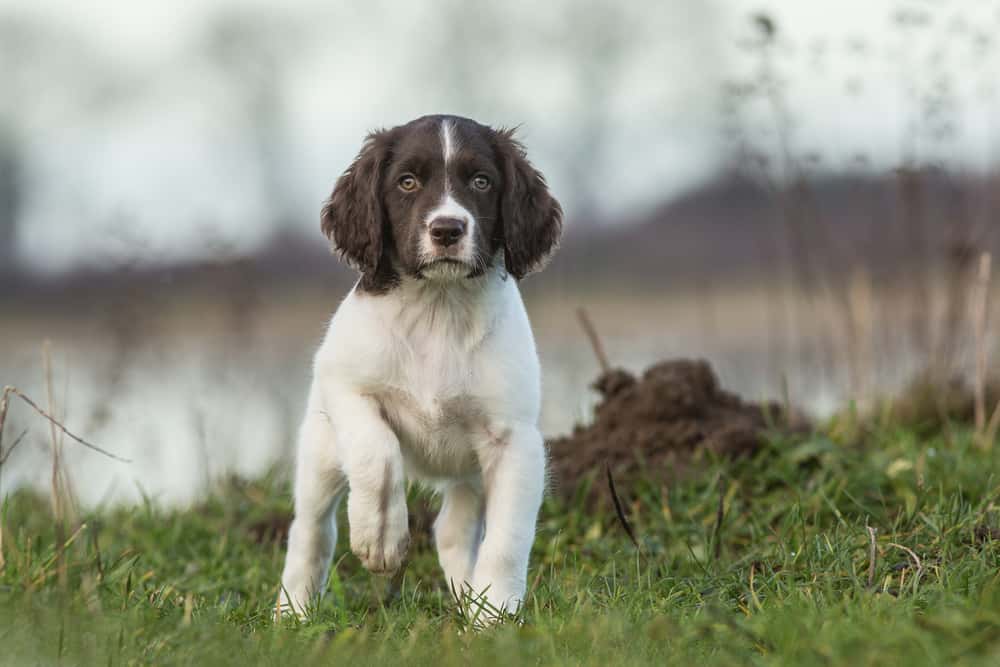 Another Dutch dog that closely resembles a spaniel, the Drentse Patrijshond, originates from the country’s northeastern part, which gives the dog its name. Sometimes this dog is known as the Dutch Partridge Dog. Best working in the field, the Dutch Partridge Dog is a fantastic retriever and works well with hunters.

The dog is extremely intelligent and easy to train because they like to please their owner. If the dog has enough exercise and mental stimulation in the field, the Drentse Patrijshond is a role model citizen inside the home. This dog is happy to relax alongside family after a long day of work. 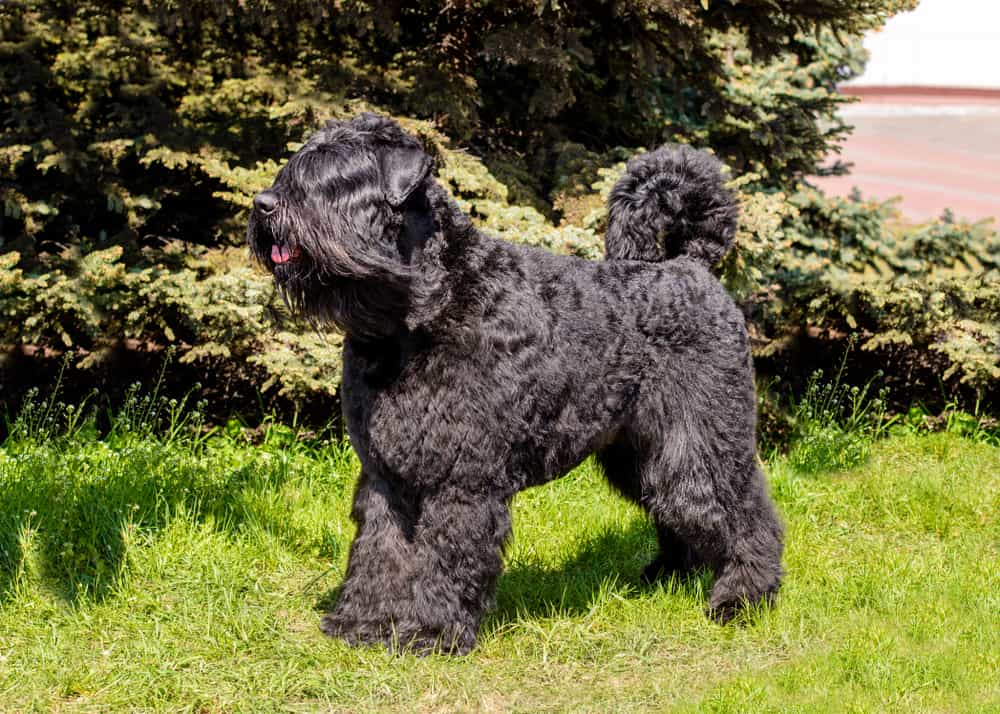 When it comes to an all-around working dog, not many can compare to the Bouvier des Flandres. This dog is large, powerful, athletic, and intelligent. Regularly reaching 100 pounds or more and growing to 25 inches at the shoulder, the Bouvier des Flandres is strong enough to tackle just about any chore on the farm, including herding and guarding.

This dog is exceptionally intelligent and can adapt well to changing situations, thinking on its feet as needs arise on the family farm. The dog is incredibly loyal to its family and can perform well as a guard dog and a watchdog in the home. 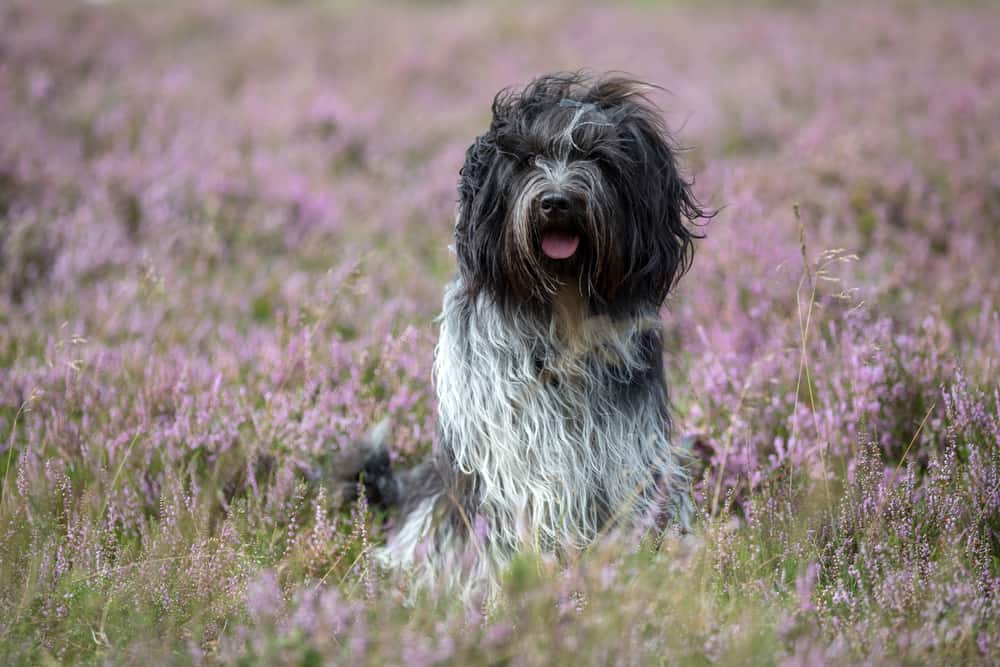 The Schapendoes, also called the Dutch Sheepdog, is a friendly, outgoing, and beautiful dog that originated in the Netherlands. This dog has a strong desire to please its owner and makes a phenomenal family pet. The Dutch Sheepdog is loving and affectionate and will enjoy spending time with all family members.

Although this dog breed was extremely popular in the 19th and early 20th centuries, it has since become rare. Once the Border Collie was widely bred and distributed, many people opted for the Collie rather than the Dutch Sheepdog. Although this dog can be aloof toward strangers, it is usually very loyal to those it knows. 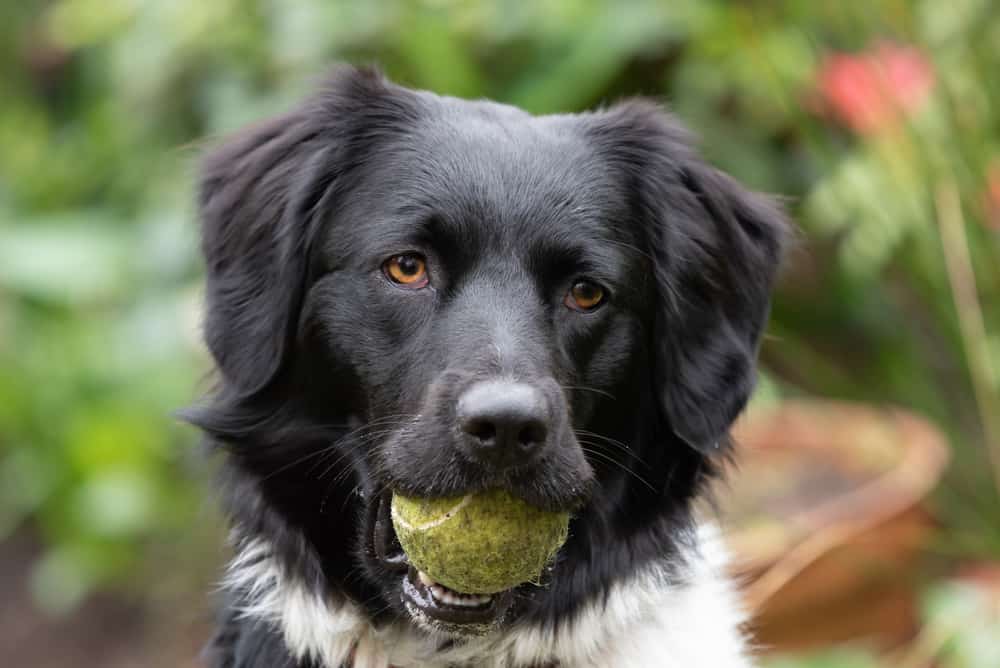 The Frisian Pointer is a tremendous retrieving dog that is often used for duck hunting. Also called a Stabyhoun, this dog originated in the Netherlands. The dog is primarily black and white and will reach about 50 pounds. This dog was bred to be an independent thinker and hunter and will often hunt rabbits or vermin if it is left to its own devices.

Unfortunately, this could mean your Staby will dig in the garden for pet owners. The dog is easy to train but likes to independently investigate all situations around the home, including any noise or motion outside of the norm. Usually, if the owner accompanies the Staby to confirm all is in order, the Staby will rest and be soothed, knowing the job has been fully investigated and completed. This dog makes a wonderful family pet because it is loving and attentive. 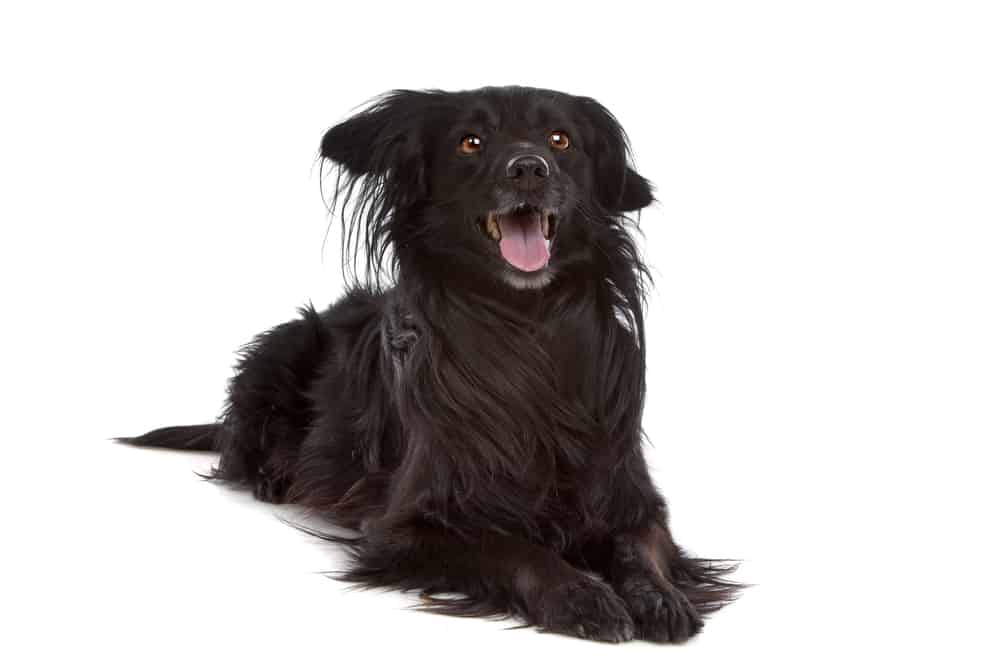 Also called the Markiesje, the Dutch Tulip Hound is an ancient dog breed. Originating in the Netherlands, this dog first appeared in paintings from as early as the 17th century. The dog is usually solid black and is a small to medium-sized dog. This dog will sometimes have small white patches of fur, usually on the chest.

Although it is possible for this dog to sit on your lap for hours on end, don’t confuse this dog with a typical lap dog. The Dutch Tulip Hound is energetic and active. It enjoys long walks and vigorous runs to stay mentally and physically stimulated.

The dog was bred to be a companion dog and can live well with other animals in the home, including cats and rodents. Although this dog was accepted by the Dutch as an official dog breed, it has yet to be recognized and accepted by the Federation Cynologique Internationale. 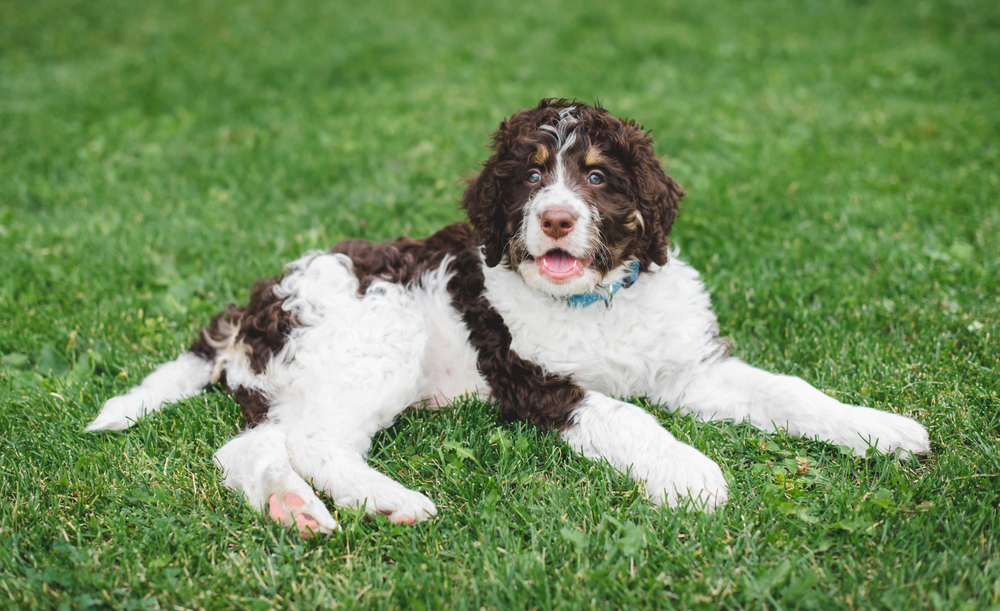 The large breed Wetterhoun can grow to be 75 pounds and about 23 inches at the shoulder. This all-around water dog originated in the Netherlands and is still popular and attractive for outdoor enthusiasts and families alike. On occasion, the Wetterhoun is also referred to as the Dutch Water Spaniel or the Otterhound because they were originally bred to hunt otters.

This dog is highly athletic and perseverant, making it a wonderful hunting companion. The Wetterhoun is a strong-willed dog that can be difficult to train. However, with the right personality and steadfast consistency, it is possible to groom the Wetterhoun into a perfect hunting companion and family member.

This dog tends to have a “Velcro” dog effect, preferring to be at its owner’s side throughout the day constantly.

link to 18 Dog Breeds With Pink Noses (With Pictures)

With so much variety within the canine family, it is easy to choose a dog based on specific physical characteristics or attributes. While some people may like dogs with short fur, others may...